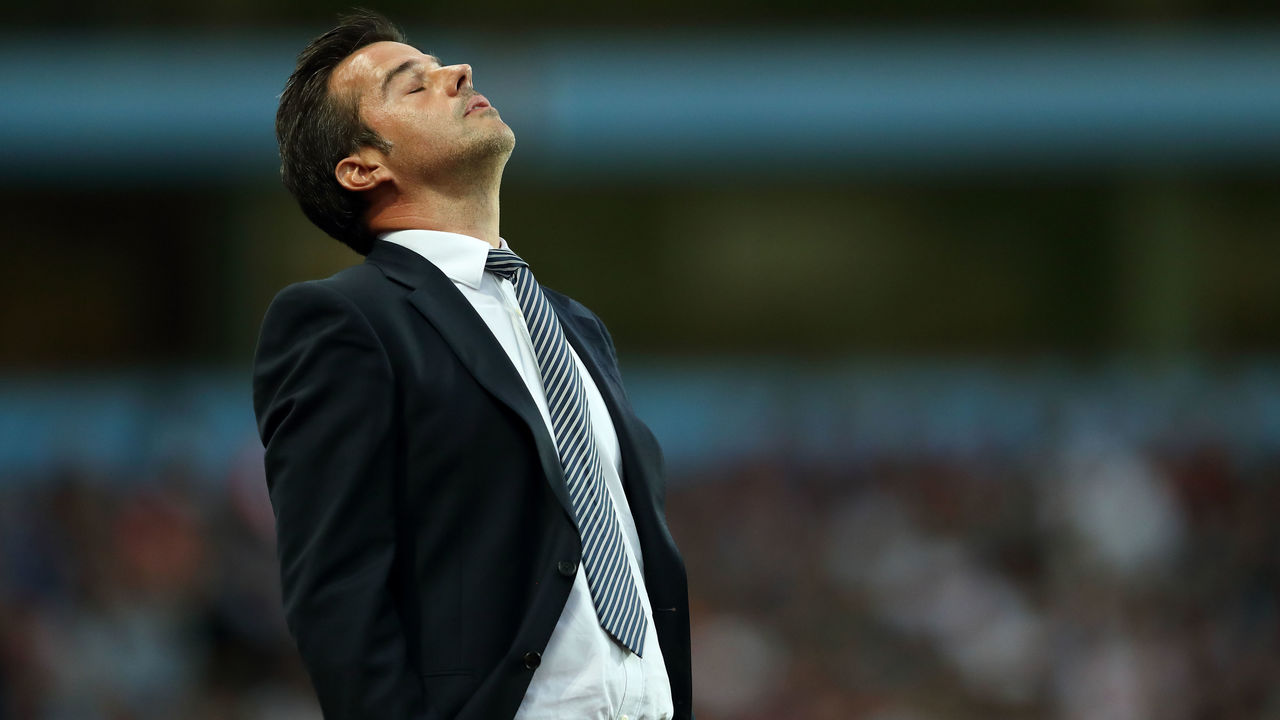 BetaSoccer examines the most important Premier League developments by answering 10 key questions that arose from Saturday’s slate of action.

How long will Silva last at Everton?

A week after abating the angry hoards of Everton supporters with pitchforks in tow, Marco Silva’s tenure is again in jeopardy following Brighton’s come-from-behind victory over the Toffees on Saturday.

Everton now sit 16th, just two points above the drop. Under Silva, the repetitive defensive miscues and tendency to concede from set-pieces continue, sparking fears that the manager will never be fit for the gig.

A harrowing December stretch dotted with tightly packed successive league fixtures against Leicester City, Liverpool, Chelsea, Manchester United, and Arsenal marks a make-or-break period for Silva. That is, if he gets that far.

When will Watford finally win?

There remains one winless side in English football’s four professional tiers. Southend United fans, rejoice, it’s not your team, though you should be docked a victory on account of hiring Sol Campbell.

The winless team is Watford, and with 10 matches down and 28 to go, the Hornets sit bottom on five points.

After a cup clash with Everton, Quique Sanchez Flores and Co. have league meetings in November with Chelsea, Norwich City, Burnley, and Southampton. There’s a win somewhere in there. Defensively, they’ve been decent of late, conceding just once in their last three league matches.

A month ago, West Ham were flying high. The 2-0 victory over Manchester United had Manuel Pellegrini’s charges on the precipice of the Champions League discussion, and all was well at the London Stadium.

Weeks later, the Hammers are on a dire run that includes the 4-0 cup shocker versus Oxford United and league draws against Bournemouth and Sheffield United paired with defeats against Everton and Crystal Palace.

They’ve failed to keep a clean sheet during that stretch (Lukasz Fabianski’s injury doesn’t help), and Manuel Lanzini and Felipe Anderson are in poor form. The Hammers are also not finishing their chances despite averaging the fifth-most shots on target.

So, should the Saints sack the Alpine Klopp? No. Hasenhuttl has proved his worth as a manager, and last year’s uptick in results under the former RB Leipzig boss speaks to a tactician who can draw water from a stone.

Southampton’s squad investment in the summer was paltry, the new recruits have underwhelmed, and Hasenhuttl’s trusted top assistant, Danny Rohl, left in the summer. More than half the teams in the league would take the tactically adept German. How quickly we’ve forgotten about the Mark Hughes era.

Why are United so bad at penalties?

United went on to claim a 3-1 win, but for a team that doesn’t create that many chances from open play, it simply can’t afford to keep throwing these freebies away.

The Red Devils have now been awarded six penalties in the Premier League this season, three more than any other side. Incredibly, they’ve missed four of them; they’re responsible for 80% of the failed attempts in England’s top flight this year. In addition to Rashford and Martial, Paul Pogba – currently injured – has also been wasteful from 12 yards.

Krul deserves some credit here. After all, there was a reason Louis van Gaal threw the Dutchman into the fray exclusively for the shootout during the Netherlands’ 2014 World Cup quarterfinal against Costa Rica.

Who the heck scheduled Sunday’s matches?

All three late games on Sunday were rousing, in their own unique way.

Liverpool and Tottenham had all the intensity and atmosphere that you’d expect from a big clash at Anfield between two of the Premier League’s best teams – Spurs’ status in the table notwithstanding, of course. Crystal Palace battled back from an early 2-0 deficit to earn a draw against Arsenal at the Emirates. Manchester United missed two penalties in the first half against Norwich City (see above), and still managed to earn a win.

It was very hectic.

Too bad it all happened at the same time, instead of in succession, where all three matches could have been enjoyed throughout the day. Giving Newcastle and Wolves, two of the league’s most tedious teams, the standalone slot earlier in the day was definitely the wise move here …

Has the bar been lowered for VAR calls?

The inconsistent application of VAR has been a major point of contention for Premier League fans this season. Why have the technology and ability to overturn calls on the field if you’re not actually going to use it?

Well, if this weekend was any indication, it looks like those complaints have been heard. The video assistant referees made their presence known, chiming in with several key decisions that were either missed by the match official or initially ruled in the opposite direction.

Not all of them were well-received – ask Everton and Arsenal fans for their thoughts on VAR right now – but it certainly seems like the “high bar” we saw at the beginning of the season has been lowered.

Funny things happen when a club sells its only two attackers capable of scoring goals. Newcastle are fully aware of that, as the summer exits of Salomon Rondon and Ayoze Perez have left the cupboard bare at St. James’.

Newcastle threw away points on Sunday against Wolves, and with just six goals scored through 10 matches, there’s reason to believe that the Magpies have the league’s worst attack.

For starters, only Watford (five) have scored fewer goals. Newcastle are second-last in shots per match (9.4), last in shots on target per match (2.3), and only one of their goals have come from a forward, summer signing Joelinton, who looks like a waste of money for a club notorious for its miserly ways.

Should Xhaka be stripped of the Arsenal captaincy?

Yes, and sack Unai Emery while we’re at it because both have burned bridges with the Arsenal faithful beyond repair. It’s been a long time coming for the out-of-favor pair.

The Gunners capitulated after racing out to a fortuitous two-goal lead early against Crystal Palace, ultimately surrendering the advantage and setting for a draw. Xhaka was taken off for Bukayo Saka in the 61st minute, and the Emirates cheered.

Captain Xhaka took note, cupping his ear before twice telling those in attendance to “f— off” and storming down the tunnel. There’s no coming back from that for the flat-footed, slow-thinking savant of pointless fouls and labored passes. Xhaka and Emery out, Mesut Ozil back in. Simple as that.

Why did Tottenham sit back against Liverpool?

Tottenham got off to a dream start at Anfield on Sunday, with Harry Kane poking home a tricky header after 47 seconds against the league leaders.

Not for the first time this season, Liverpool’s backline looked vulnerable; Heung-Min Son, in particular, was a constant threat on the counterattack, using his two-footedness to keep the defense guessing.

Why, then, did Mauricio Pochettino’s men decide to completely hunker down after going ahead? Waiting to strike on the break is one thing, but inviting a constant barrage of pressure against one of the continent’s most talented teams isn’t exactly a sustainable approach.

After introducing Tanguy Ndombele in the second half – a midfielder who can actually progress the ball and dictate the tempo – Tottenham looked legitimately threatening. They were ultimately undone, unsurprisingly, by a moment of madness from Serge Aurier in the 2-1 defeat, but had Spurs been more proactive earlier, it might not have come to that. 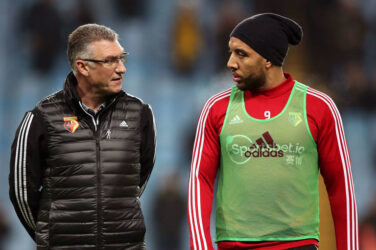 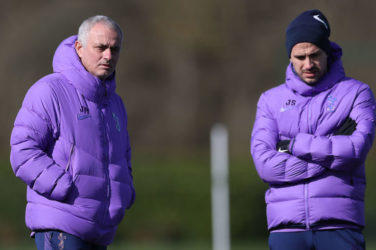 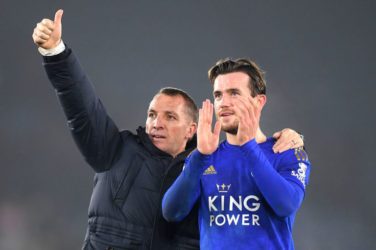 Chelsea have begun discussions with Leicester City’s Ben Chilwell over a summer switch to ... 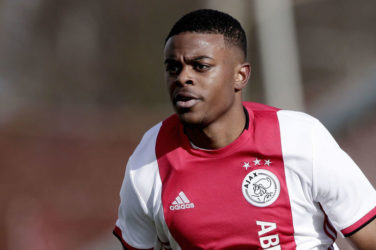 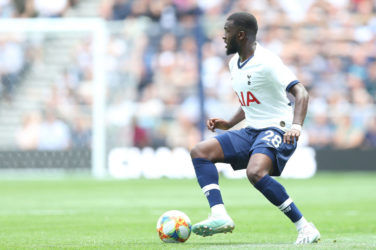