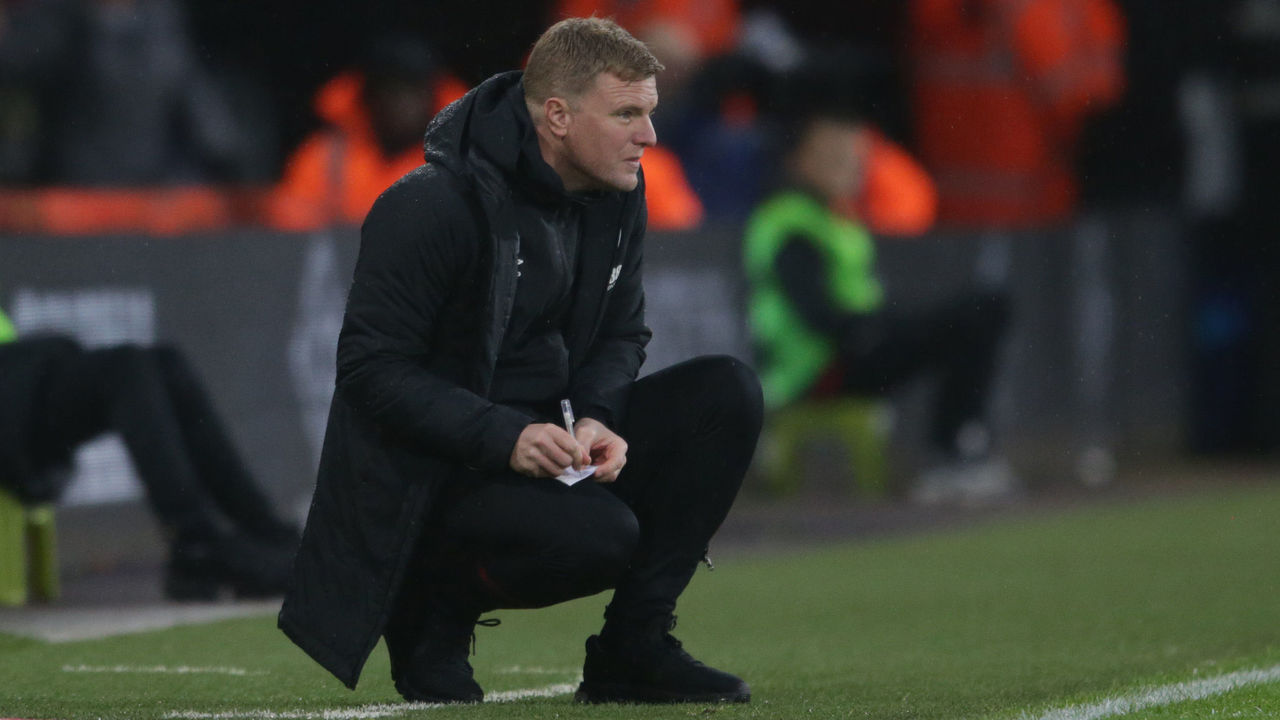 Every Monday, BetaSoccer’s Daniel Rouse breaks down the week that was in English football. Welcome to the “Eye on England.”

Bournemouth were 10 points adrift in League Two’s relegation zone, with unpaid players and the club hurtling toward liquidation when Eddie Howe began his first job in management.

“The negativity around the place was terrible,” Steve Fletcher, a Bournemouth legend and current member of the club’s backroom team, told Mark Mitchener of BBC Sport of when he moved back to Dean Court in January 2009.

He added: “It wasn’t the Bournemouth I knew and loved – I think everyone had resigned themselves to going down.”

Despite the myriad of off-pitch issues and squad disillusionment, Howe, then 31, miraculously scaled the hefty point deficit and kept Bournemouth up after taking the role on New Year’s Eve 2008. The 37-year-old Fletcher sealed safety with his 100th goal in league football.

The rewards of staying afloat in the fourth tier were greater than Howe and his team envisaged. The club didn’t just survive, it thrived. A new ownership group cleared debts and funds were left for renovations. Howe was handed the keys and, over 11 years, built the Bournemouth of today: an outfit in its fifth Premier League season.

“The club is completely formed around him – its ideas, what it stands for, its philosophy of football,” Peter Bell, whose book “Eddie Had A Dream” tracks Bournemouth’s rise under Howe, told BetaSoccer. “You’re changing an awful lot if you change the manager.”

However, for the first time through his two separate reigns, three promotions, and a string of historic top-flight victories (including this season’s triumphs over Manchester United and Chelsea), a disappointing league position has stirred up tough questions: Can you replace Howe? Should he have sought a bigger job when Bournemouth were England’s ninth-best club at the end of the 2016-17 season? And, are both parties hamstrung by a fear of change?

It wasn’t too long ago when Howe was linked with the England job and gigs at clubs with Champions League ambitions. He drew attention by ensuring Bournemouth stayed true to the identity he’d fostered: they passed, they had fun, they attacked. At a time when clubs abandoned their adventurous play when they won promotion to the Premier League, Bournemouth dared to be different. They dared to be different by not changing a thing.

For four seasons, Bournemouth – a club which spent the rest of its existence in England’s lower levels – were steadily becoming part of the furniture in the Premier League. Now, they are in the bottom three.

“Other teams have got wise to what we do and they know our strengths a lot more now, they know our players a lot better,” Bell said. “It’s very hard to judge Eddie Howe on whether he’s improving as a manager or not. I think probably we’ll only see that one day when he does move clubs and see how he does elsewhere.”

Howe immediately weathered a far worse predicament when he entered management, but there’s no denying his team slumped in 2019. Bournemouth finished the 2018-19 season having conceded fewer goals than only relegated pair Fulham and Huddersfield Town. This term, while there’s intermittent evidence of defensive improvement, the attack has softened; just Crystal Palace create fewer chances in the Premier League, while Burnley and Newcastle United are the only teams striking fewer shots from inside the penalty area.

It’s no secret that recruitment and integrating new players haven’t been Howe’s strength. Until recently, the Cherries relied on players still on the club’s books from the third rung – Steve Cook, Simon Francis, Charlie Daniels, and Harry Arter all started the final match of the 2012-13 League One campaign – while many expensive signings were unable to prove they were Premier League standard and, ultimately, failed.

The club has also sanctioned sales of Matt Ritchie, Glenn Murray, Tyrone Mings, and Lys Mousset in recent years. While a tidy profit was made from Ritchie, each member of the quartet was dispensed with too early.

Howe stuck with the fuzzy homeliness of the tactics and players that got him into the Premier League, rather than take a daunting leap into the unknown. He could have pursued more than perpetual overachievement – for European football, maybe – by experimenting and exerting risk with the Cherries, or by moving into a different opening altogether. But the small club was punching above its weight and nothing more, and that suited Howe just fine.

Now, time has allowed the shortcomings of Howe’s management to come to the fore, and both he and the club are suffering because of it.

Not on the Wayne

The commercial aspects of Wayne Rooney’s transfer to Derby County are peculiar and quite distasteful. He’s admitted he had gambling problems yet willingly works as a promotional vehicle for 32Red, wearing the betting firm’s name on the front his Derby jersey and trumpeting the No. 32 on his back.

An addict endorsing the very thing that made him “down” and act irrationally just doesn’t make sense.

Still, the deal could be a success on the green rectangle. Rooney, 34, began his Championship career with two crucial passes before each of Derby’s goals in Thursday’s 2-1 win over Barnsley and, in Sunday’s FA Cup excursion to Crystal Palace, excellently pinged passes from a quarterback slot. It’s a small sample size but, for now, Derby are considerably better with Rooney in the lineup.

Manchester United and England’s all-time top scorer might not be done yet.

Who can blame Premier League managers for resting players during the FA Cup third round?

Treatment rooms are bursting at the seams following a grueling run of games. Newcastle United suffered four injuries during 20 minutes against Leicester City on New Year’s Day and have 13 players out overall. Meanwhile, Harry Kane faces an extended period off the pitch with a torn hamstring and many other footballers are out of commission after being worn down by four matches across 12 days.

Premier League clubs aren’t necessarily disrespecting the FA Cup by fielding weakened lineups. Many managers have no choice but to protect their players from overexertion after a ridiculous schedule.

Inside Europe: Navigating the pitfalls of the January transfer window

Assessing what the 'Big 6' and Leicester need during January window 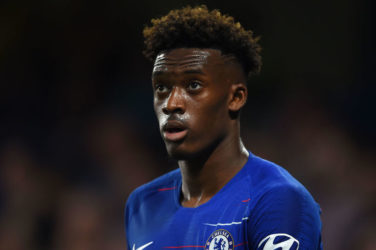 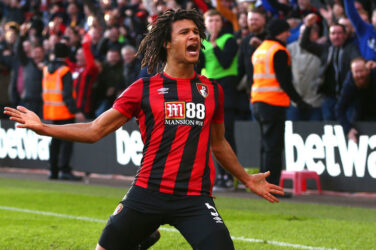 It’s been a busy couple of days for Manchester City. After completing a deal ... 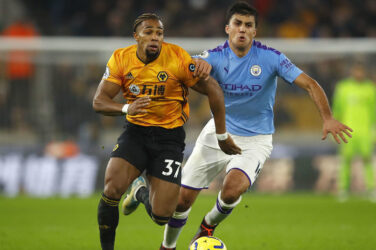 Wolverhampton might have to consider selling one of the Premier League’s hottest stars this ... 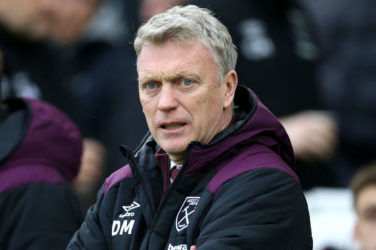 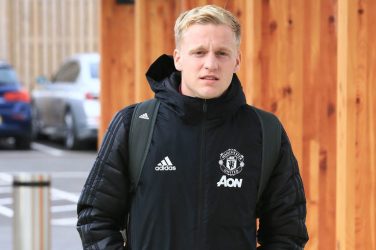 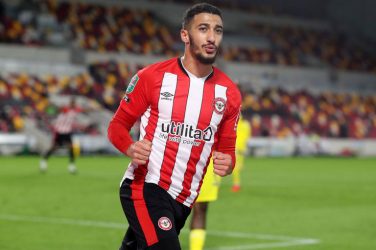 Said Benrahma will have a medical at West Ham United on Wednesday after Brentford ...