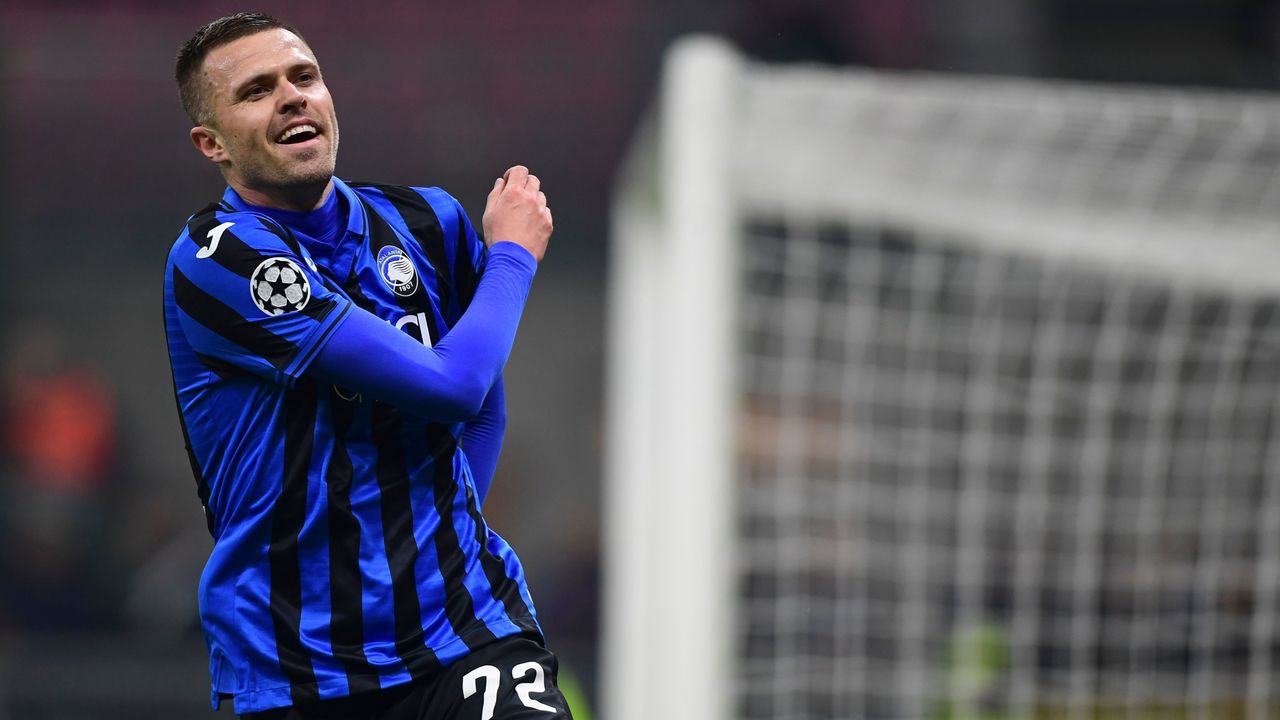 Finally, the wait is over. In anticipation of the Champions League round of 16’s big kickoff Tuesday, BetaSoccer makes 10 predictions about how the next few weeks will play out.

Free-scoring continental debutants Atalanta probably got the most desirable lot in drawing Valencia. That’s a bit harsh on Los Che, especially after they topped a quartet that featured Lille, Ajax, and Chelsea, though there’s an irrepressible sense about Gian Piero Gasperini’s Serie A side.

Under Frank Lampard, Chelsea have been an erratic side who’ve struggled to hold leads and defend, especially at home both domestically and in Europe, where they’ve narrowly outscored opponents. The Blues’ full-backs have been especially poor, save for some flashes from youngster Reece James.

Hansi Flick’s stacked Bayern Munich side should look to exploit a young Chelsea team – notably in wide positions – especially since the likes of Serge Gnabry, Kingsley Coman, Philippe Coutinho, and of late, Thomas Muller, have been efficient. Canadian teen Alphonso Davies has been a revelation at left-back, and his combination play with Gnabry has been top-class. Also, imagine any of Chelsea’s center-backs trying to contain Robert Lewandowski. Not happening.

The highest number of goals recorded in a two-legged round-of-16 affair is 13, which occurred when Bayern Munich trounced Sporting CP 5-0 and 7-1 to reach the 2008-09 quarterfinals. Out of this season’s last-16 tilts, Borussia Dortmund and Paris Saint-Germain are the likeliest pair to combine for a ridiculous sum over a couple of must-watch, madcap encounters.

Lucien Favre is clinging to his job at Dortmund. At one end of the park, teenagers Erling Haaland and Jadon Sancho help forge one of the finest frontlines in Europe, but Favre’s foundations are slipshod and the main reason the club will probably miss out on a Bundesliga title. PSG are even more blessed in attack with Neymar, Kylian Mbappe, Mauro Icardi, Angel Di Maria, and Edinson Cavani all squabbling for minutes, but questions linger over whether their backline is sufficiently tested by Ligue 1 minnows such as Amiens and Nimes.

The two-year European ban that UEFA handed Manchester City on Friday sent shockwaves through the sport. A punishment that severe had never been dealt out for Financial Fair Play (FFP) violations, and it set a precedent for future fiscal fiddling by clubs.

But it’s far from over. City have already announced their intention to appeal to the Court of Arbitration for Sport, and they won’t scrimp on lawyer fees when building their case. Expect some of City’s courtroom tactics to filter into the newspapers over the coming weeks, such as questioning the legitimacy of Paris Saint Germain president Nasser Al Khelaifi’s role on UEFA’s executive board, considering the fact his club was found guilty of breaking the organization’s financial rules in the past.

Jose Mourinho often relies on opponents committing errors, especially in big matches. It’s an approach that leans on hope rather than design, and it would be a particularly risky ploy to sit back and wait against Timo Werner, who smacks a shot on target every 41 minutes in the Bundesliga. By comparison, the injured Harry Kane challenges the mesh every 75 minutes in the Premier League.

This should be the game where Mourinho switches things up and fights fire with fire. He regularly leans on a traditional focal point in attack, but without Kane, he should leave Heung-Min Son, Steven Bergwijn, and Lucas Moura to their own devices in a pacey, fluid ensemble. Giovani Lo Celso should be selected as one of two deep-lying midfielders, where he can instigate upfield forays from the edge of his own third. However, even if all four play, it’s hard to envision Mourinho seeking anything more than a 1-0 triumph over the doubleheader. That conservatism doesn’t really suit Spurs.

The streetwise, sleeves-up version of Atletico Madrid should be a thing of the past. Diego Simeone has welcomed more attacking quality to his brood over the last two seasons but his tactics are still too disciplined. Thomas Lemar and Joao Felix need to be let loose, and Simeone’s refusal to let that happen has led Atleti through another disappointing domestic campaign.

In La Liga, Atleti have scored the same amount of goals as Alaves and they’ve created fewer chances per 90 minutes than Osasuna. They’ve got little chance against a backline featuring Virgil van Dijk. Jurgen Klopp’s sensational Liverpool side could have this tie wrapped up by the end of the opening leg; your time is best spent watching PSG and Dortmund trade blows.

Unsurprisingly, Cristiano Ronaldo is dominating the headlines at Juventus. The Portuguese forward has scored in 10 consecutive Serie A matches, and his goals have often rescued the club amid a stretch of less-than-convincing football in recent weeks. The Italian giants have hit a rough patch, looking languid and dejected of late. Long spells of possession have largely been sterile, with clear-cut chances proving difficult to fashion. Off-color as Lyon may be this season, they’re capable of making life difficult for a wobbly Juve side.

While Ronaldo is the obvious candidate to save the Bianconeri should they get in a pickle, recent matches have seen Paulo Dybala come to the fore. The Argentine, given the freedom to roam the pitch, pick up the ball in central areas and beat defenders before getting into dangerous scoring positions, has already notched more league goals this season (6) than he did all of last year. Ronaldo, naturally, will continue to get the bulk of the attention, but Dybala – who should be starting every match over Sarri disciple Gonzalo Higuain – will be the one to power his team into the quarterfinals.

Messi puts Barcelona on his back

With injuries mounting, Barcelona will look to Lionel Messi for inspiration against Napoli. Messi will deliver because he’s learned to play without an effective supporting cast. A playmaker and goalscorer in equal measure, the diminutive Argentine has the skills to create his own chances and cover large chunks of the pitch. Even if he’s probing for space deep in midfield, he finds a way to get up the pitch as quickly as possible and do damage in and around the penalty area.

Former Barcelona manager Ernesto Valverde leaned heavily on Messi during his two-and-a-half years in charge, and so too will Quique Setien, who has just 15 players available to him. Many of those players still have a tough time turning possession into something meaningful. Messi will pick up the mantle against a Napoli side that’s rediscovering itself under snarling manager Gennaro Gattuso.

Video assistant referees will continue to improve in the round of 16 and avoid the controversy that’s brought the system into question in other domestic leagues. In stark contrast with the Premier League, where VAR seems to scrutinize the tiniest angles, UEFA says the review process is speeding up in the Champions League, taking 15 seconds less than it did before.

UEFA continues to put a lot of faith in the elected match officials, imploring them to make the final call. Premier League referees rarely review footage on pitchside monitors and instead rely on their counterparts in London to splice video into a million little pieces. That’s why Champions League matches – excluding the mayhem that closed out last season’s quarterfinal second leg between Manchester City and Tottenham – usually go a lot more smoothly.

Karim Benzema hasn’t been as prolific since the turn of the year, but he’s still second in La Liga’s scoring charts and the most vital cog in Zinedine Zidane’s frontline. No Real Madrid player has played more league minutes this season than the 32-year-old.

His clinical streak in front of goal could be the difference between Los Blancos and Manchester City. While Benzema has plundered crucial goals this season, Pep Guardiola’s side has let games slip by not taking its opportunities. Over the first half of the season, City regularly resorted to hopeful and oft-fruitless crosses when teams set up narrowly. Then, chances flowed when Guardiola started deploying back-three defenses more often, but the likes of Raheem Sterling began misfiring. Chances against Real Madrid’s resolute backline will be at a premium, so they’ll need to be taken. 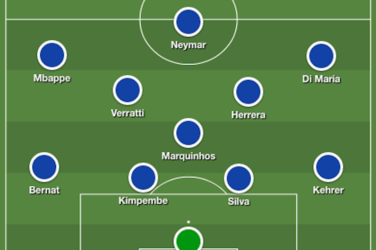 Everything you need to know about the Champions League final

Get ready for today’s Champions League final with BetaSoccer’s preview package. How to watch ... 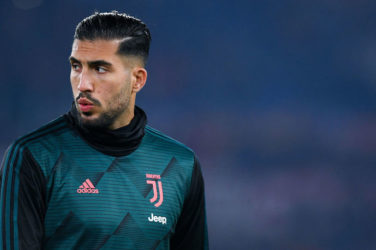 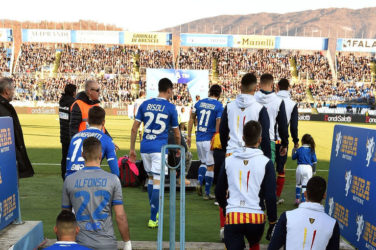 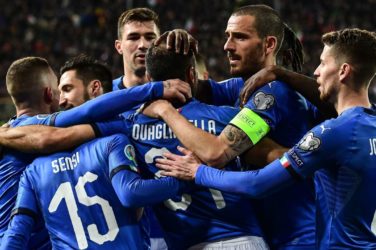 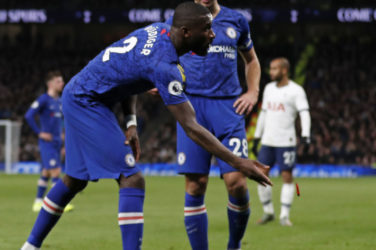 Eye on England: Can Everton afford to back Ancelotti's regime? 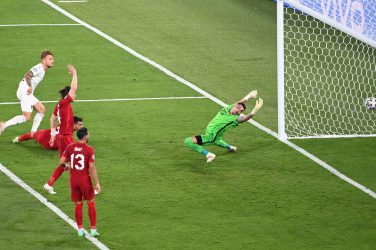 5 takeaways from opening day of Euro 2020