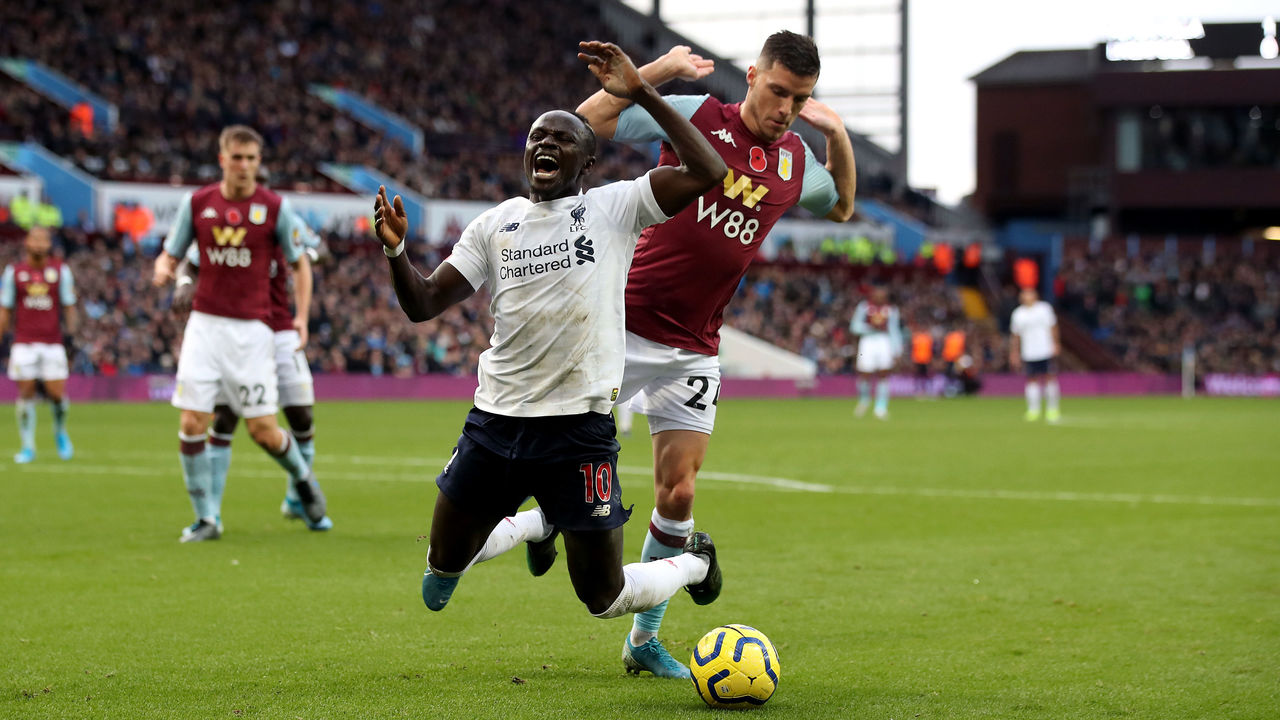 “He is a special talent,” the Manchester City manager said after his side and table-topping Liverpool both clawed back from one-goal deficits to fashion late wins on Saturday. “Sometimes he is diving; sometimes he has the talent to score incredible goals in the last minute.”

Guardiola was talking about Sadio Mane, whose flicked – and entirely legitimate – header in the 94th minute clinched the Reds’ dramatic victory at Aston Villa. Earlier in the match, the Senegalese’s theatrical reaction to some slight contact from Frederic Guilbert elicited a yellow card for simulation from referee Jonathan Moss, but Liverpool, through their 25 shots and a questionable disallowed goal for Roberto Firmino, deserved the three points.

The manager’s aim wasn’t the best, either. The caution marked the first time Mane had been issued a card this season, and he’s the 22nd-most fouled player in the league – not exactly a serial offender. Mane’s drawn 16 fouls – far below the likes of Jack Grealish and Wilfried Zaha with 41 and 36, respectively – and his disciplinary record offers further proof that he doesn’t regularly try to con match officials by flopping.

Guardiola’s irritation was obviously more to do with Liverpool maintaining a six-point cushion in first place in such dramatic fashion and, possibly, that the art of winning set-pieces often eludes the reigning Premier League champions.

Only bottom-placed Watford have been fouled fewer times than Manchester City this season, and that’s partly because the winless Hornets have possessed the ball just 46.2% of the time. Even Gerard Deulofeu, arguably the most enterprising player at Quique Sanchez Flores’ disposal, has drawn only four fouls.

Manchester City, meanwhile, lead the division with 61.7% possession and are swamped with players who should tempt illegal challenges. Bernardo Silva’s tight turning circle and speed attract flailing legs; the twitchy, spiderish movements of Raheem Sterling can catch defenders flat-footed; and opponents try to match the controlled aggression and bullishness of Kevin De Bruyne. Yet, this trio has drawn 24 fouls between them, which is just two more than Ashley Barnes or Matteo Guendouzi.

The reason is simple: Being fouled doesn’t satisfy Guardiola’s remit of keeping the ball. A patient step away from trouble and a pass inside is a better way of maintaining control than surging into bodies in hopes of widening fissures of space or fetching a set-piece in a dangerous, wide area. The art of winning fouls, as best displayed by Aston Villa and Manchester United this season, goes against Guardiola’s principles as a manager.

Then, despite City boasting the right foot of De Bruyne standing over free-kicks – arguably a more potent weapon than the crosses dispatched by Liverpool full-backs Trent Alexander-Arnold and Andy Robertson – options on the receiving end are trimmed by the sky blue shirts awaiting his delivery.

De Bruyne is best off shooting or whipping a mid-level ball into the box, for there are few City players capable of towering over and beating their marker to a lofted cross like Virgil van Dijk or Joel Matip can. City’s best header is the sparingly used John Stones – who’s recorded an unsustainable 4.4 successful aerial challenges per 90 minutes – and that’s certainly not what the Barnsley Beckenbauer is known for.

Winning fouls and headers represent rare attacking aspects where City are lacking; they’re inescapable symptoms of Guardiola’s devotion to a pass-heavy, on-the-floor scheme. The manager is surely aware, prior to next Sunday’s clash between the Premier League’s best two sides, that they’re elements where Liverpool can glean a crucial advantage over City.

“I just tried to hold him and speak to him. I tried to tell him to stay calm. We couldn’t understand him,” Cenk Tosun said about tending to a screaming Andre Gomes following his horrific ankle break against Tottenham Hotspur.

Gomes was scapegoated during his spell at Barcelona, but he quickly put that behind him while establishing himself among Everton’s best players following his loan move last season.

The Portuguese was signed on a permanent basis in the summer and, following a disjointed start to this season, he was re-establishing himself as a key figure in Marco Silva’s lineup. Now, Gomes joins Jean-Philippe Gbamin as a long-term absentee and leaves just Fabian Delph, Tom Davies, and Morgan Schneiderlin to man the Toffees’ deep midfield positions.

John Fleck seems to get better every week.

There were concerns the midfielder would never realize his potential after appearing to be a generational talent during his teenage years at Rangers. However, since making the free switch from Coventry City to Sheffield United in 2016 – when both clubs were in League One – Fleck has blossomed into a Premier League-grade performer.

Like many of his Blades teammates, he’s not especially sexy. His tidy finish in Saturday’s 3-0 ease past Burnley was only his second league goal in more than 14 months, as he’s more accustomed to driving the midfield with his thrilling concoction of technique and tenacity.

Gareth Ainsworth, the longest-serving manager in England’s professional leagues, is swiftly becoming one of the country’s most coveted bosses. On Saturday, he guided Wycombe Wanderers to League One’s summit with a 1-0 defeat of Shrewsbury Town.

But the former Queens Park Rangers midfielder, who also fronts a band called The Cold Blooded Hearts, can’t get too comfortable. After staging England’s finest relegation battle last season, the third tier is now promising an almighty promotion scramble. The eight points between first place and ninth can be made up very quickly in the Football League’s demanding fixture list. 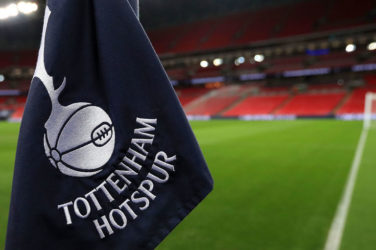 Latest round of COVID-19 testing reveals positive case at Tottenham 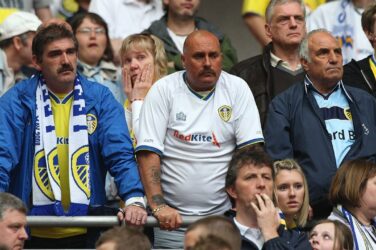 Leeds promoted to Premier League after 16 years in the wilderness

One of England’s most storied clubs is back in the big time. Leeds United ... 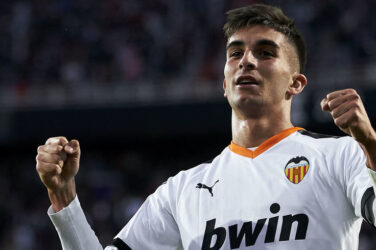 Ferran Torres is interested in joining Manchester City this summer after it emerged the ... 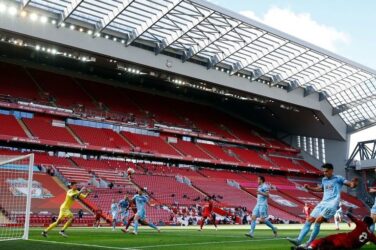 Liverpool drop points at Anfield for 1st time since January 2019

Liverpool’s incredible winning run at home came to an end Saturday, as the Reds ... 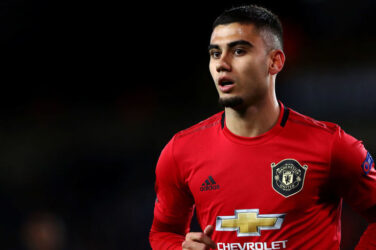 Manchester United midfielder Andreas Pereira is set to join Lazio on loan with a ... 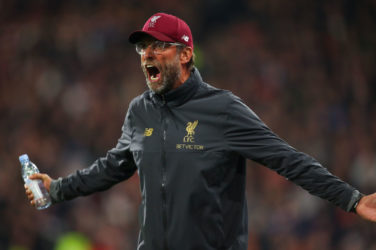